Grosse Augen, also known as "an Ally of Humanity", is an alien that is a giant in size unless it merges with a human, at which point it can change between the sizes.[1] It has many psychic powers.[2] One part of the media supports it.[3] 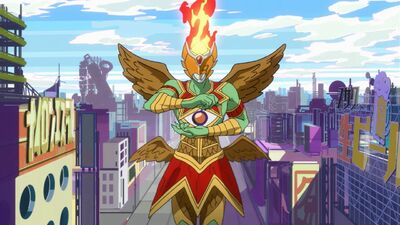 Jirou ends up finding the host/human that contained Grosse Augen but disobeyed the orders of the Superhuman Bureau in order to let the human host live after Grosse Augen had been released.[1]